At this point, I really don’t even remember how I got here. But I did because you are reading this, right? 😉 My vibe-wear brand TRIBE is live!

There were countless hold up’s slowing me down and preventing me from launching earlier, but like it is with everything new you are trying in life and don’t know HOW to do it in the beginning, it will get messy. That’s what life is all about though: Learning something new every day and hell did I learn a lot. It seemed like the Mount Everest at times, but step by step I got closer to my goal launching a streetwear fashion brand with a connected music project.

Up to this moment, I still don’t know what the hell I am doing sometimes and it makes me feel really insecure. I think: “How am I going to build this business, If I have no idea what I am doing?”

Then I saw this meme one day: 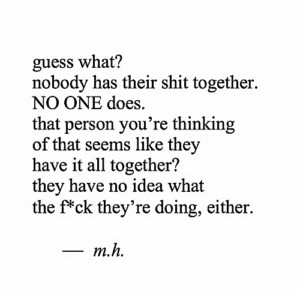 This is so true! I started to look closer into big companies and brands. At events and seminars, I realised that not even the world’s leading brands have it all figured out. They make mistakes. They mess up. They sometimes sit on thoughsand, If not millions of clothes, because of production failures or stealing designs that they have to end up taking down 😉 … Yes, they often have the money to make those kind of mistakes, but in the end, it is the same thing, since I am producing on a smaller level. You will never know everything about something new you are trying when you get started and If you wait until you do, you might be waiting forever and never actually start.

I made mistakes. I ordered bad clothes and materials. I went with the wrong manufacturers and had a whole batch of clothes messed up. But instead of giving up and thinking “This is too hard”, I struggled through. You just gotta make mistakes to learn. There’s NO way around it.  I believe that because I just went for it, without having it all figured out, is exactly what made the whole thing happen in the end. Even If it took me a long time.

Starting is the most difficult part. Once you are in the process, the things you need to know and didn’t even know you need to know, will naturally appear and you will just have to figure them out and learn them, so you do!

And yes, then there will be more difficult parts, like ALL THE TIME over and over again ;-).

But I learned so much more during the past 2 years by JUST GOING FOR IT, than I ever did during my 6 years in University. Yes, I studied for 6 years, sh** up ;-). Well, I studied and sometimes I waited to repeat my failed math exam, but that’s another story.

There were so many moments of doubt, where my room was overflowing with clothes, blocking the whole space. My bed was the only place to actually host me, well sometimes that was blocked too actually. Being an entrepreneur isn’t fancy at all, it is actually really damn hard and exhausting and scary, but it’s also really cool 😉

There are 2 different kinds of people out there: The “normal people” and the “unicorn-people”. I am a unicorn-person. I don’t live my life how I “should” live it. I am one of those delusional visionaries who works so hard on something that isn’t even there yet, which seems absolutely crazy to the “normal people”. They can’t envision and see the things we see. It takes a lot of imagination and courage to be able to do that and to work on that shit every day and every night for month or even years, without being paid for it…YET! I worked on this launch for almost 2 years. I could start to write a list on all the things I had to do and figure out and all the stepping stones throwing me miles back in my schedule, but I’ll spare you the boredom. In the end, no one from the outside will ever really understand all the little details that go into this and that’s ok.

It took me a long time in life to accept that. The demotivating comments, the questions such as: “How much longer are you gonna try this?” (“Until I die bi***!”) 😉 The disbelieve from people in what I do, and in me. At some point in my life I understood that they just CAN’T! They are incapable of believing and envisioning, or simply don’t have the guts to execute their ideas because of their own fear. But that has nothing to do with me. Don’t let them project their fears on you. Don’t waste your energy trying to make them see and understand. Find the kind of people who can and believe in it so much all by yourself, that it becomes a reality. If we had given up on trying to walk as a Baby because we fell 50 times, we would still all be crawling around Oxford Street trying to make it to our meetings ;-). Sometimes we have to try a few times and fall down many times, but without getting back up, we won’t get anywhere. Sometimes we have to try it in different ways before it works out too. It is called  persistence! Do whatever, but NEVER EVER GIVE UP!

Welcome to my TRIBE, unicorn-people!

My baby, my pride, my vision. Sharing this project with the world means so much to me, so make sure you show some love and share it with your friends on Social Media and spread the word around the world.

BECAUSE LIFE IS BETTER WHEN YOU’RE PART OF A TRIBE

Oh, and please buy some stuff too, so I can pay my rent 😀 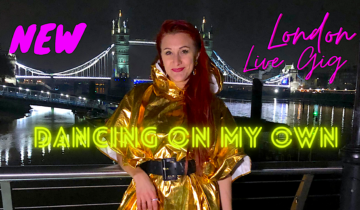 DANCING ON MY OWN 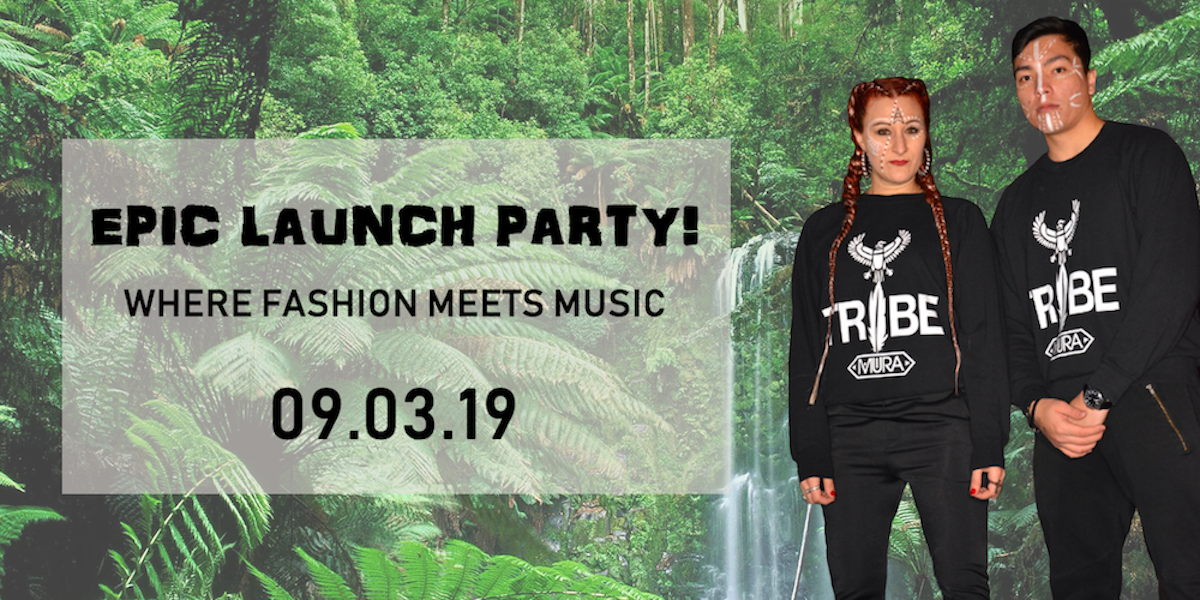 A JUNGLE IN THE MIDDLE OF LONDON!